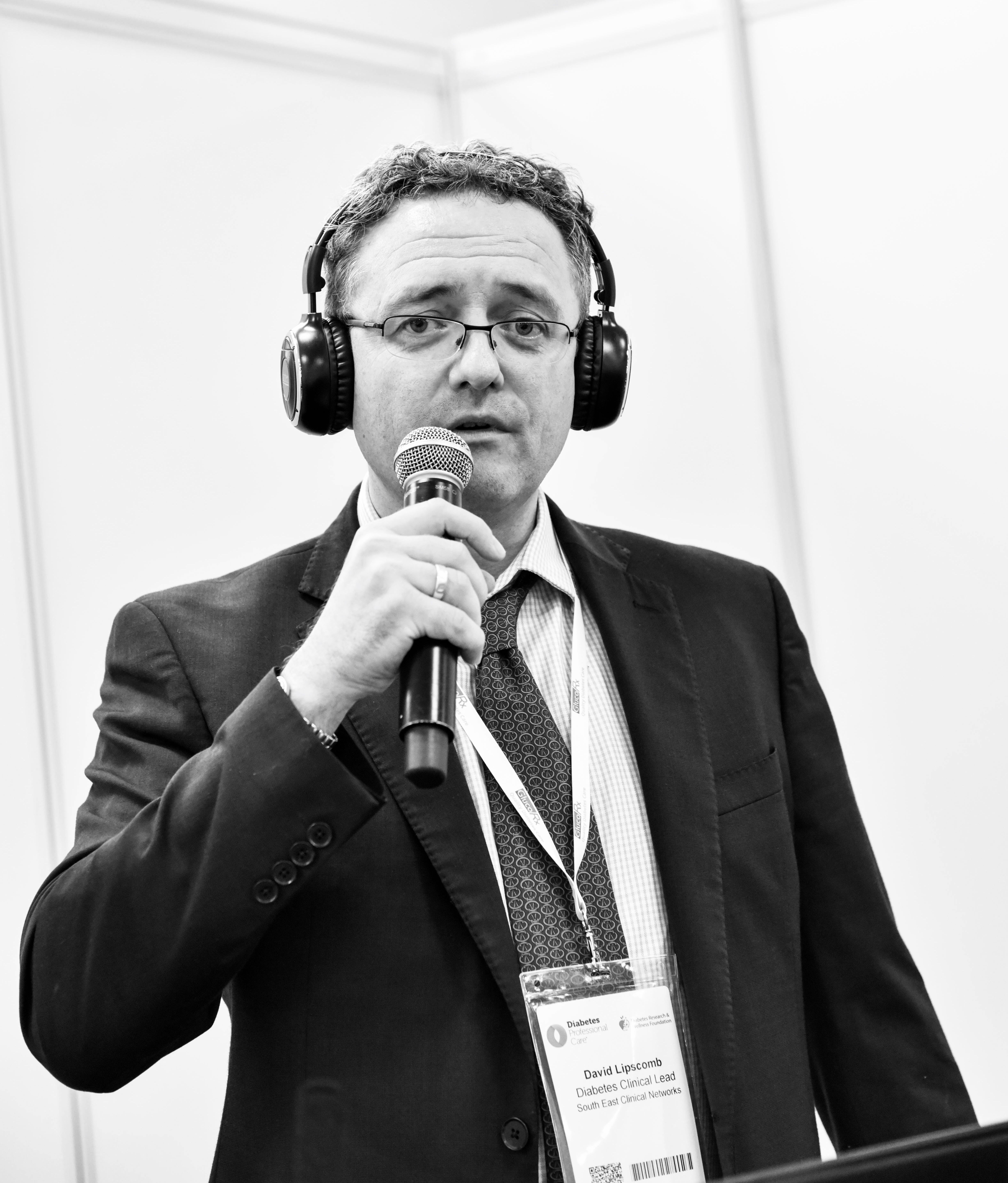 David Lipscomb qualified from Charing Cross and Westminster Hospitals London in 1995. As a medical student he also obtained a BSc in Neurosciences and Basic Medical Sciences from the United Medical and Dental Schools of Guy’s and St. Thomas’ Hospitals.

Dr Lipscomb was appointed Consultant Physician to East Sussex NHS Trust in 2005 till 2017 and during this time held roles as  Lead Consultant in Diabetes and Endocrinology, Honorary Consultant Endocrinologist King’s College London and Deputy Lead for Pituitary Disease to the Sussex Cancer Network and was nominated for Diabetes Healthcare Professional of the Year.

In 2013 David was appointed Clinical Lead for Diabetes to the South East Coast Clinical Network and in 2017 joined Sussex Community Foundation NHS Trust as Consultant to the Diabetes Care For You Service, which he now is clinical lead for. Within the Trust he is Area Clinical Director and part of the organisation’s senior leadership team.

David has spoken at the All Party Parliamentary Group for Diabetes, Westminster Diabetes Think Tank and taken part in a CQC thematic review on diabetes and contributed to a National Audit Office review.

David has a passion for Value based high-quality care in Diabetes and Endocrinology.

All sessions by Dr David Lipscomb